My days in Cold Lake are over, for now.
I am back in Edmonton.
Time in Cold Lake flew just by.
The day was filled with preparing supper, shopping for supplies.
The late afternoons were occupied with shuttling the kids,
aged (7, 9, 12, 14), from one sports arrangement to the other. 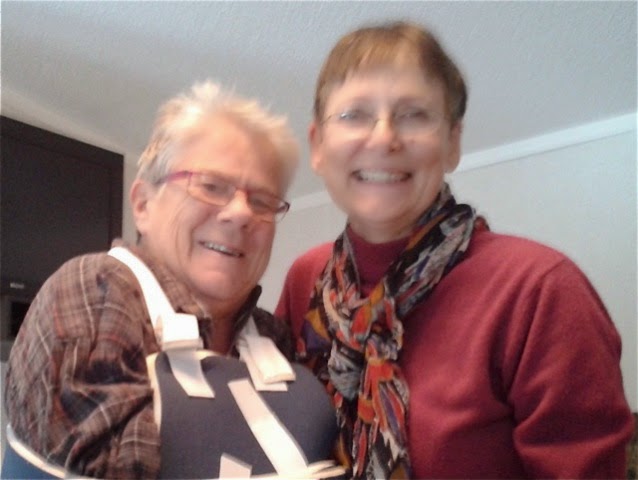 Judi after her shoulder surgery
before the youngest girl caught a cold. She had to stay at home, complaining about sore throat, headache, queasiness and a slight fever. 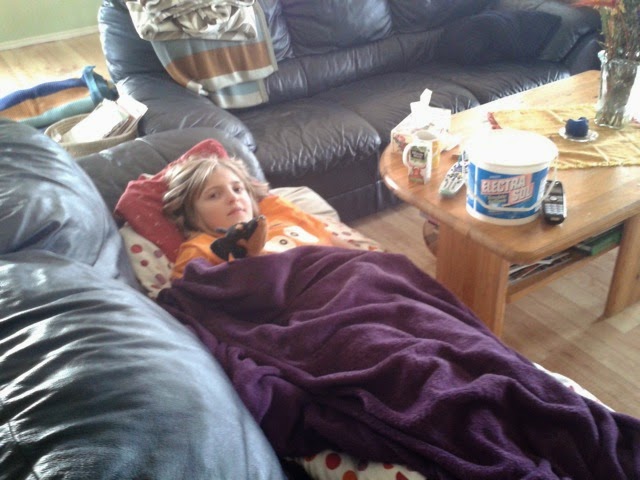 The oldest girl got a "baby" for the weekend.

A programmed doll that the temporary "mom" has to take care of. The doll cries or gives other signs of distress. As soon as "mom" reacts the right way the noise stops. Diaper changes and bottle feeding, burping, waking mom up during the night, the whole nine yards.
The project is created to deter girls form getting pregnant too early. 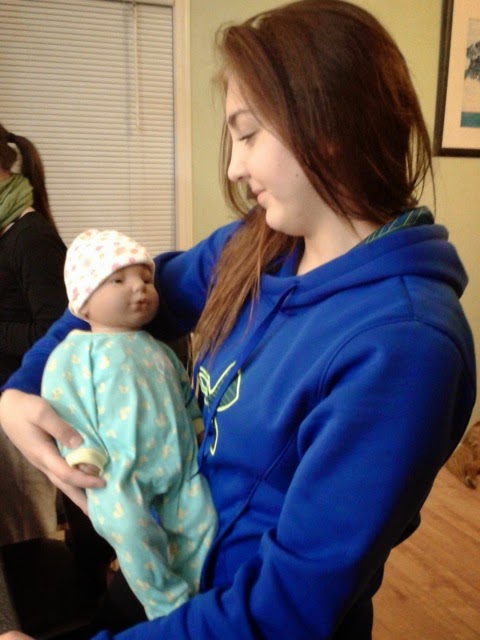 I got my doubts about that because T. said she loved her "baby" and didn't mind the work with it. She would love to have a real one.
So far for the "theory" of it.

The boys were mostly busy with Soccer and Volleyball training. They didn't want to be photographed.

I carved up a big Halloween Pumpkin and part of it went into making
pumpkin potato soup. The rest was frozen in portions for later use in muffins and cakes. 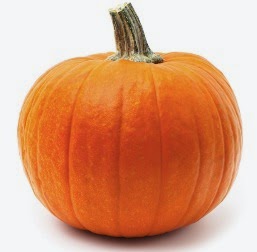 A spaghetti squash that sat on the counter (nobody knew what to
do with it) ended up for supper accompanied a good bolognese sauce.

Yeah, I would say it all was normal for a household with four kids. 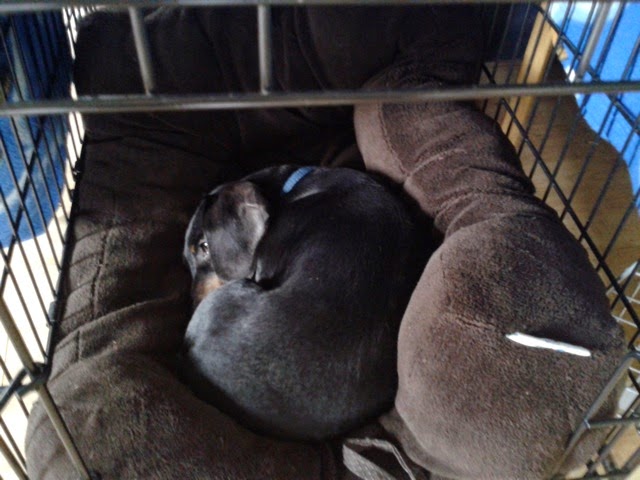 Their Wiener dog (Dachshound) pulled her front leg while racing around
a couch. We had to get her to the veterinarian who applied a morphine shot. After that is was "crate time" for the whole week to come. Poor little thing. 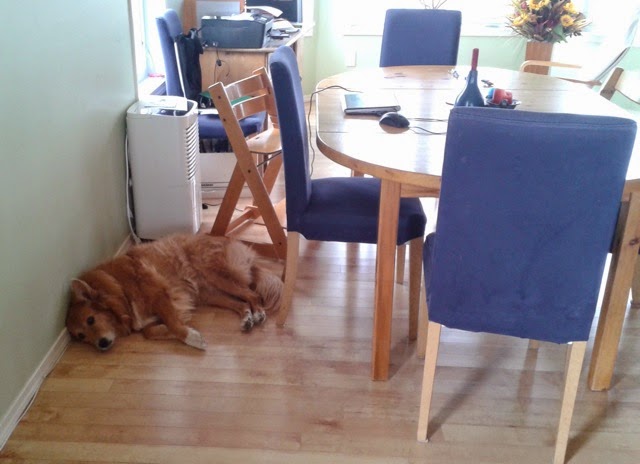 Molly stayed calm all week long. There was no problems with her.

All in all, I enjoyed being a "mom" for a short while.
The kids were relatively easy to handle and they liked the food I produced.

The ride back to Edmonton was strenuous, though. Slippery, snowy roads and frozen windshield water. :(((