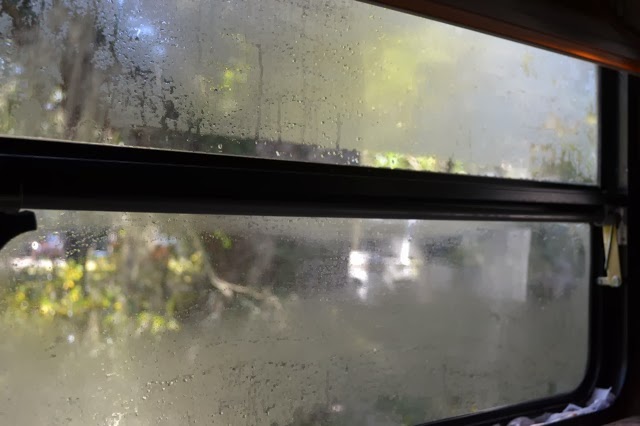 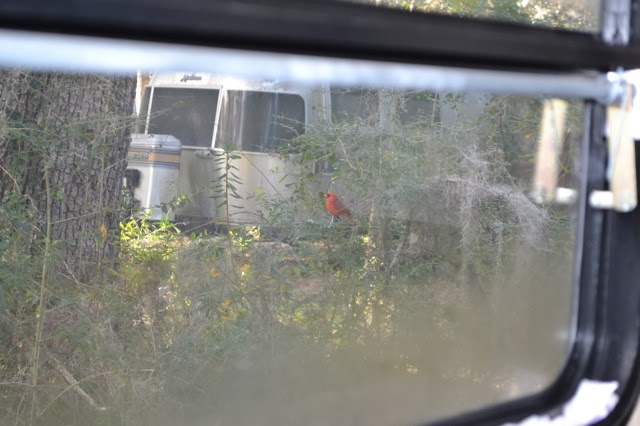 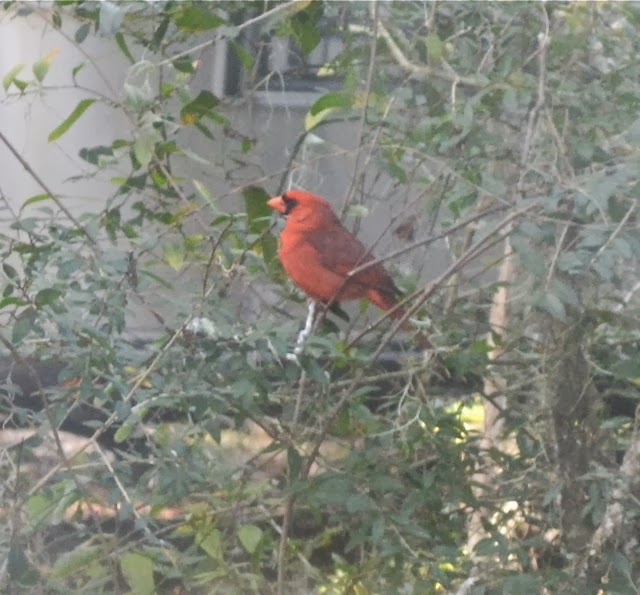 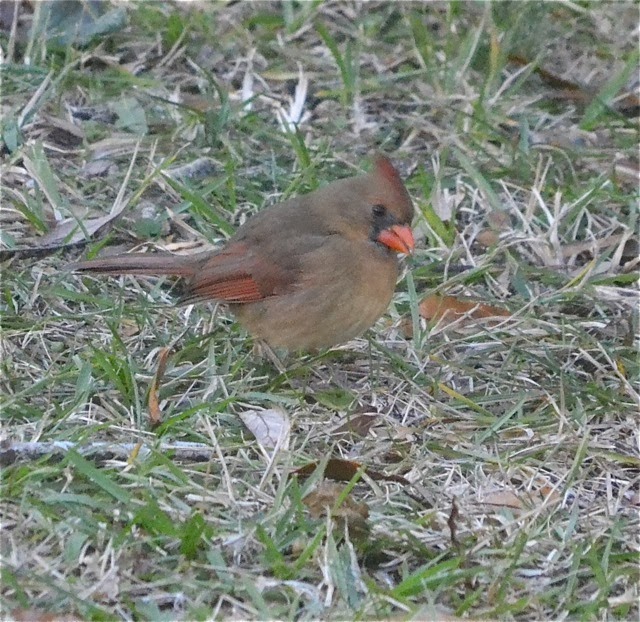 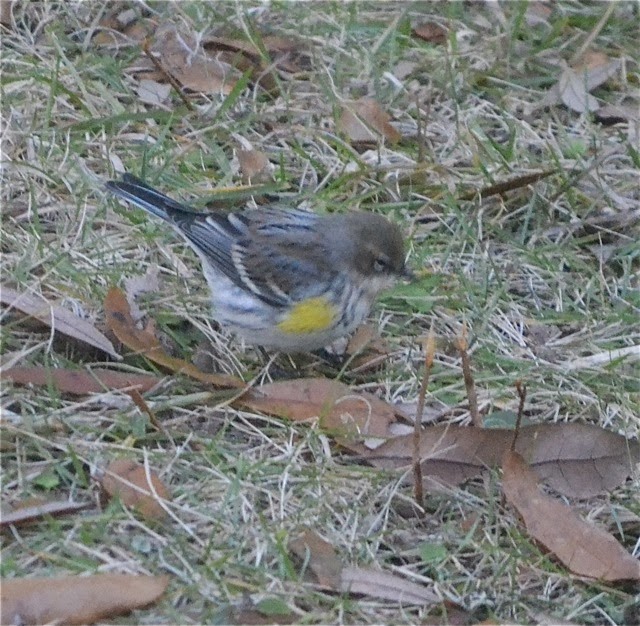 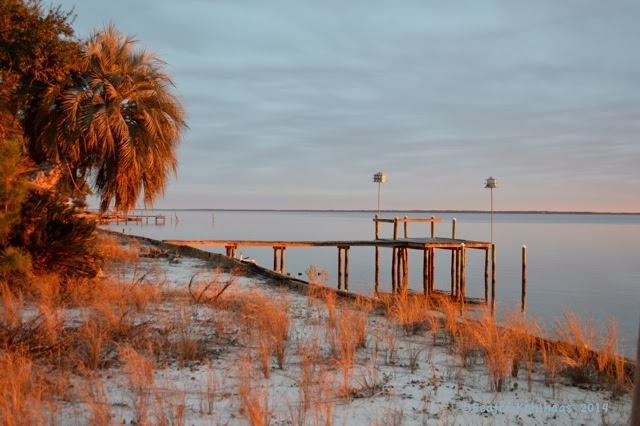 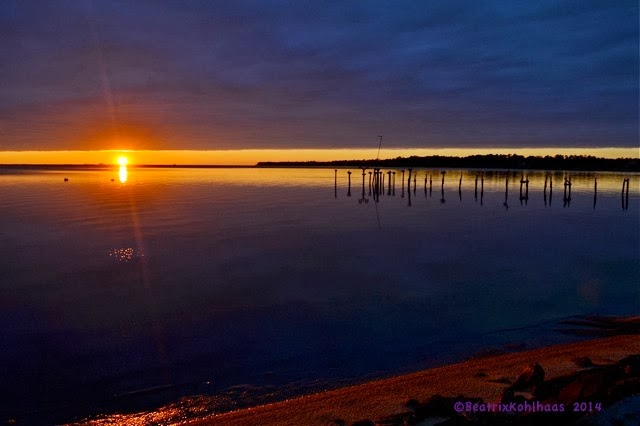 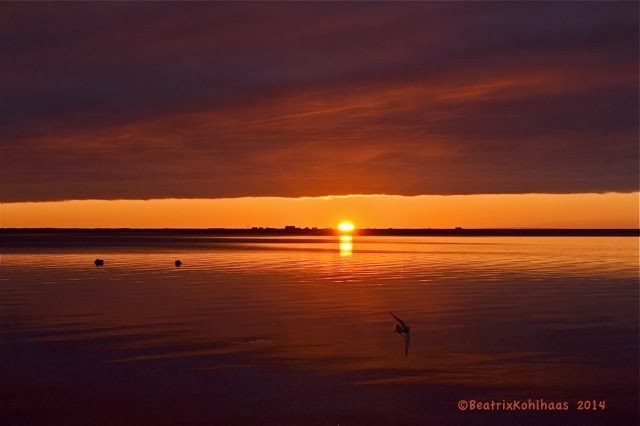 Blue sky and sunny when I looked out of the window this morning. 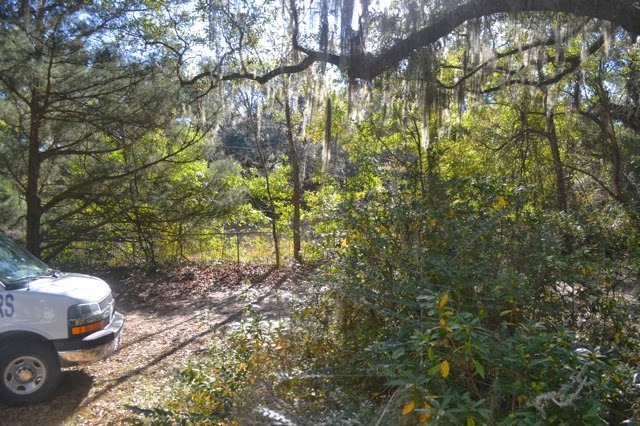 I took a long walk with Molly in what I would call:
Canadian spring temperatures. 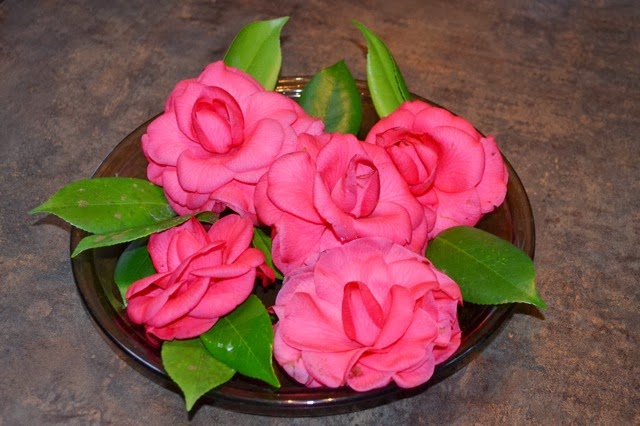 Later I picked some of the beautiful Camellia flowers. I fear they will not survive this nights temperatures.
Better to enjoy them inside for a while. 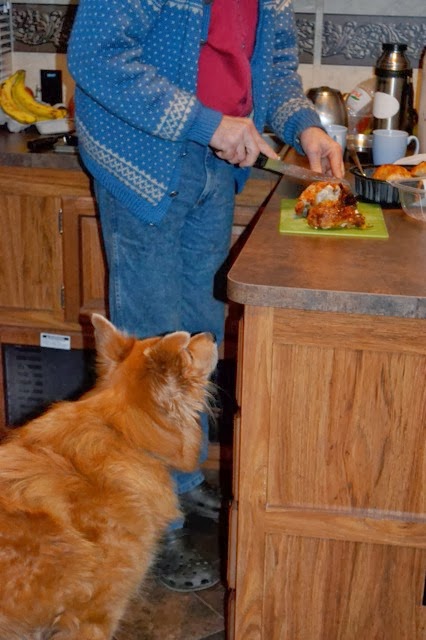 Later, when we prepared dinner, Molly got into "chicken mode".
I found another chicken discussion on Sue's blog. Spike and Bridget, Sue's dogs, were discussing their New Year's resolutions.
Quite funny! 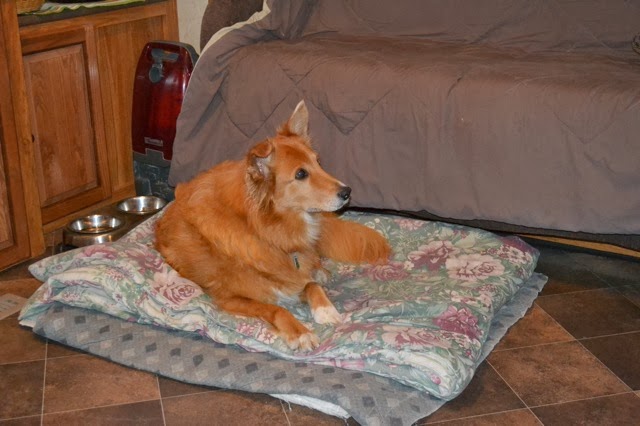 Maybe I get something if I wait here??? 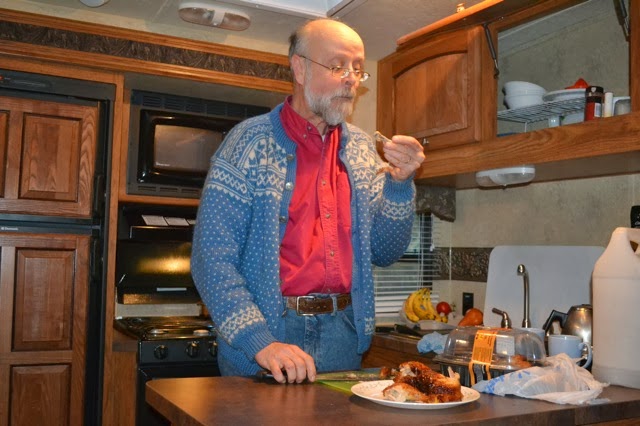 Unfortunately Molly is not allowed chicken or turkey.t
Her digestive system does not agree with it.


She settled for a deal with rice, cooked carrots and
a good nap on the couch. 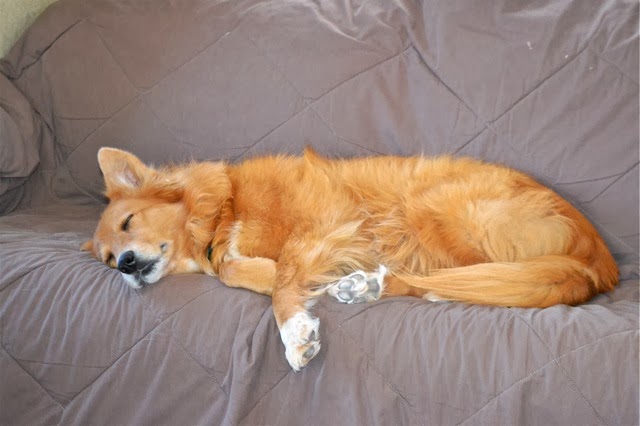 J.P. is arguing with his PC, again!
MY guess, it will take while before his daily posting will be done.


Just a few "crumbs" from me.
The weather was cloudy and mild all day long.
While hubby was doing the necessary dumping this morning I ventured down to the Bayou to check out the area. 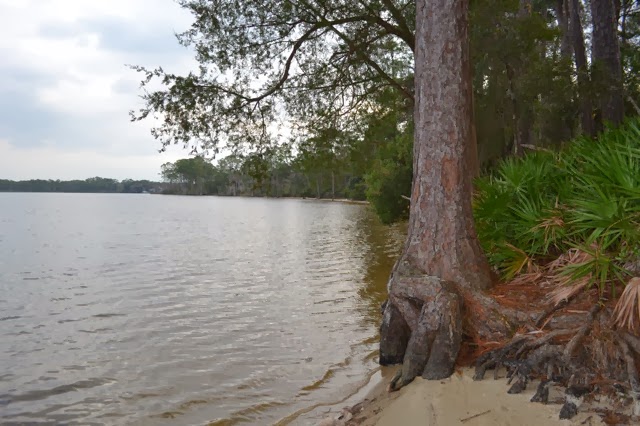 Only a very slim sandy beach. 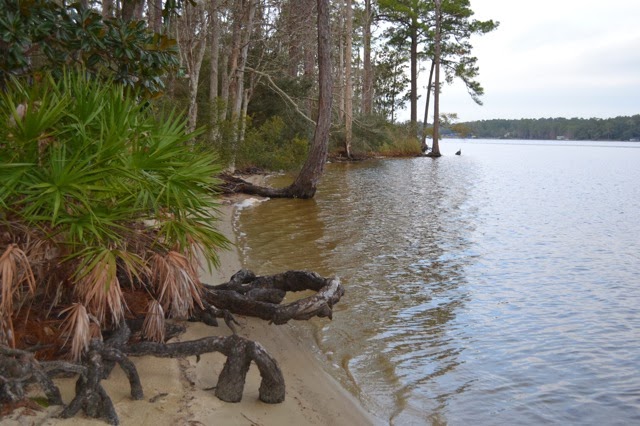 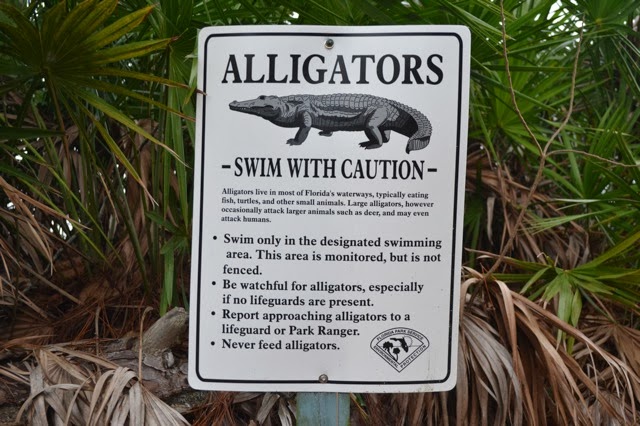 OOPS: I would not go swimming here!

I happened to scared a hawk up from his meal. Sitting in one of the trees it was about to devour a fish. 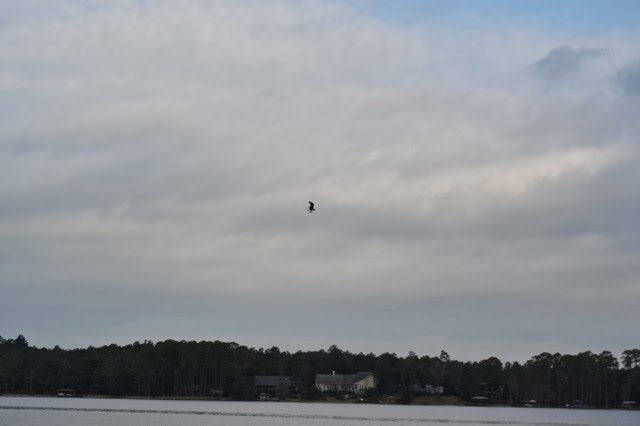 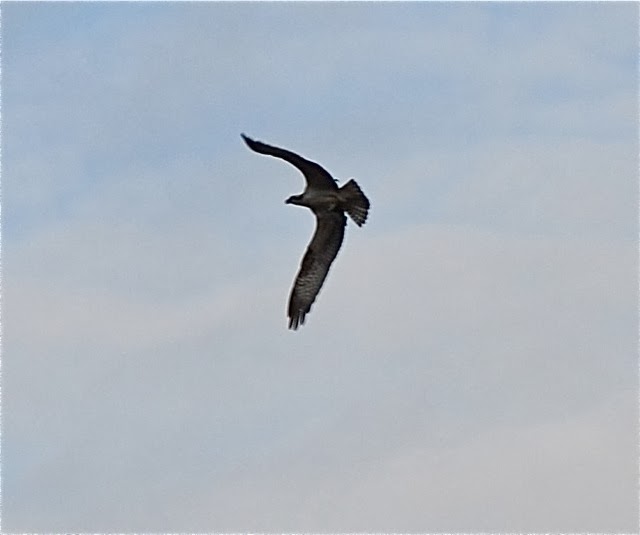 My appearance scared it up into the sky. 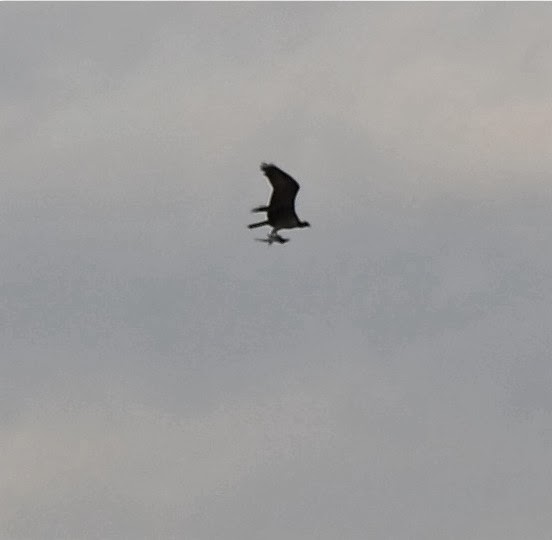 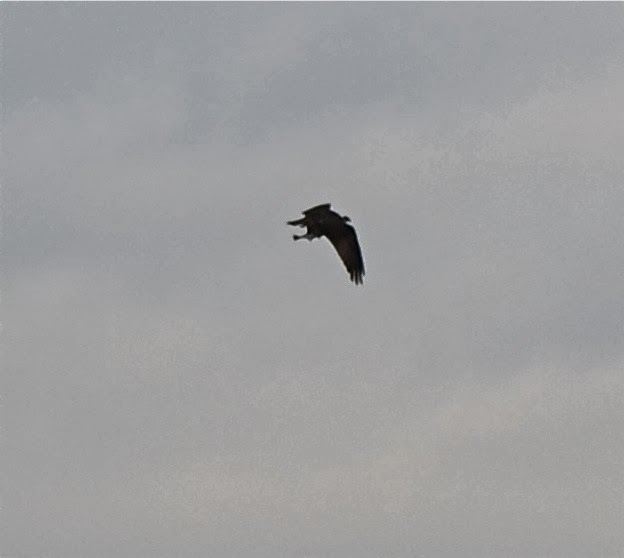 My guess, from his screams and colours, that is it was an Osprey. But he was so far up in the sky that my 55 mm didn't get him close enough.
But I observed what seemed to be a fish in his talons after I cropped the photos.

Coming back to our site, there was a heck of a racket in the bushes closest to our trailer. But first after some seconds I saw, what seemed to be a Northern Mockingbird, in a tree not too far away. 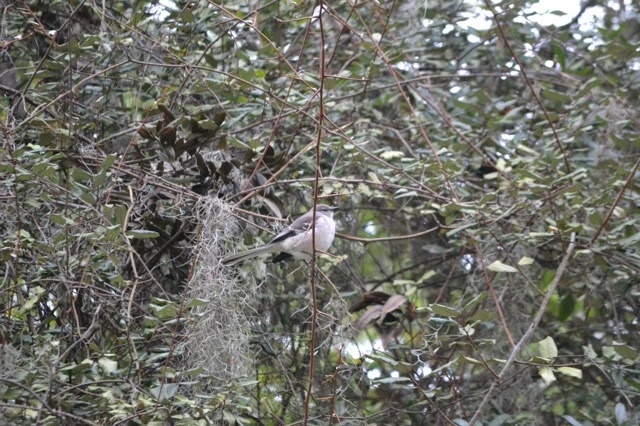 I went inside, got the my camera and the 200 mm lens. It was still there when I returned and could get some good shots.
The bird was not shy at all. It seemed to watch what I was doing. 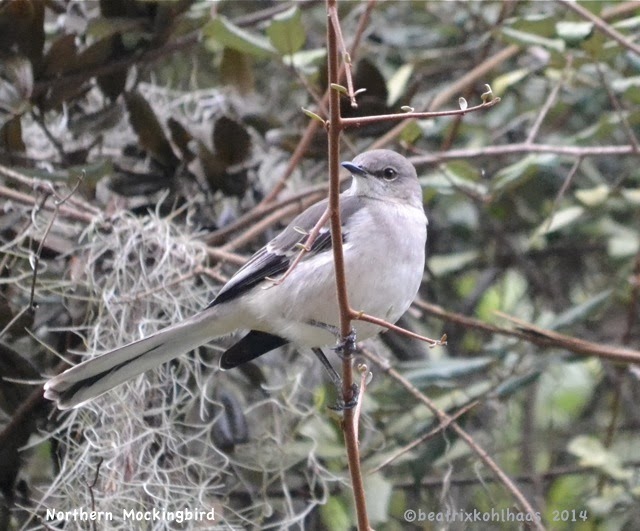 I wish Northern Cardinals were like that! They are on top of the list of birds I really would like to get close in front of the lens.

That was it for the day. Waiting for the BIG COLD that is going to hit us tomorrow.