We have done this before. For several years we have taken a tour to some nice place, but we never did a: all in one.
Usually we went with each our vehicle and we would travel in a kind of mini convoy to the destination.
This year we had the opportunity to go all together - and it was so much more fun! We felt like a school class on an outing! 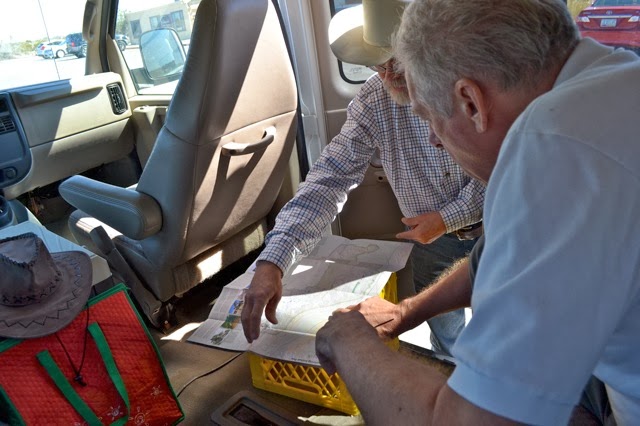 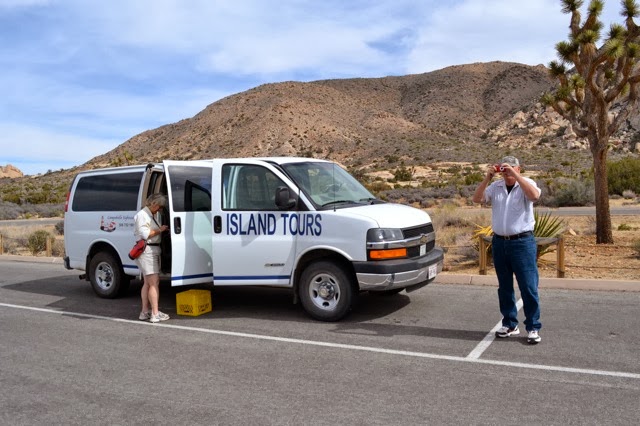 Richard (Dick) takes a snapshot
There was so much to see and shared fun is double fun!
With six people together it is even better!
We encountered several people who asked us
what Island we were out looking for! Most of my "shots" were taken through the window because there was not always an opportunity to stop.

In and out we piled.
Explanations were given and taken. 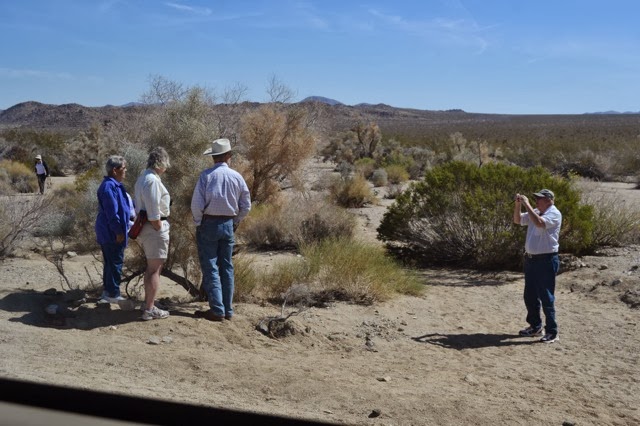 Not everyone is happy to be photographed, so I took this one of their backs, through the window, while they were admiring
a Desert Smoke Tree. 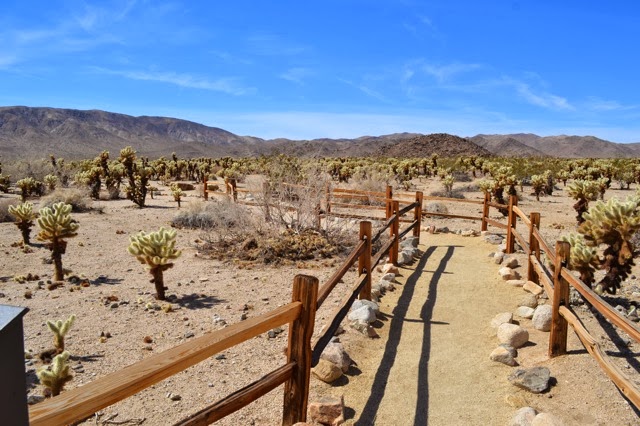 The Cholla Cactus Garden is worth a walk, but beware, you need a good pair of footwear! 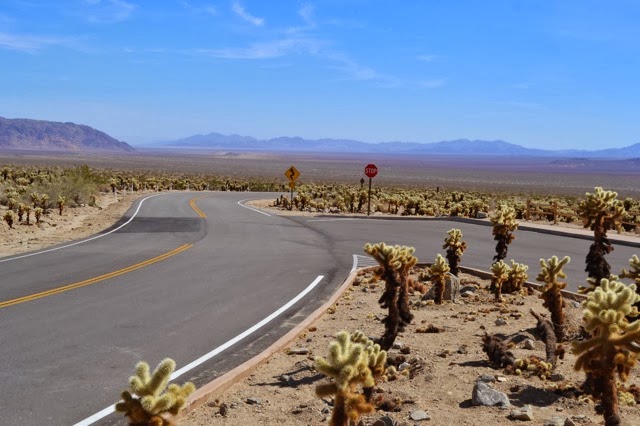 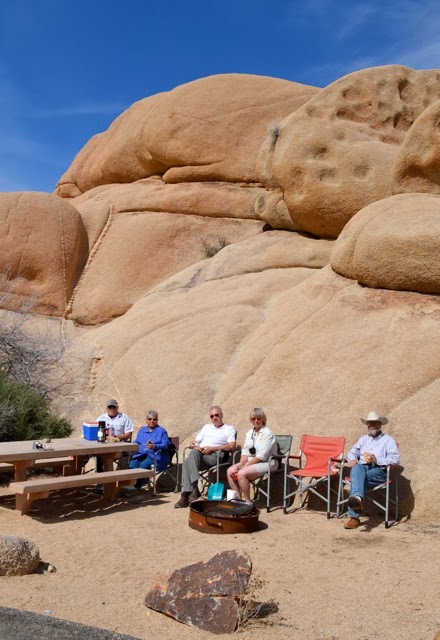 After a lunch break, in the wind shade of the big boulders, we went on to see the forest of the famous Joshua Trees. 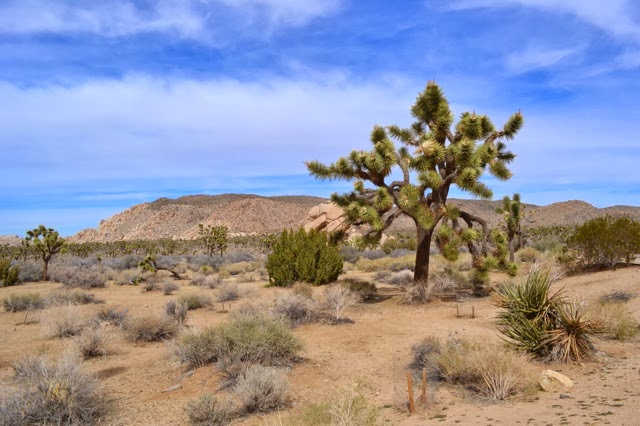 And they look much alike trees - an amazing view! 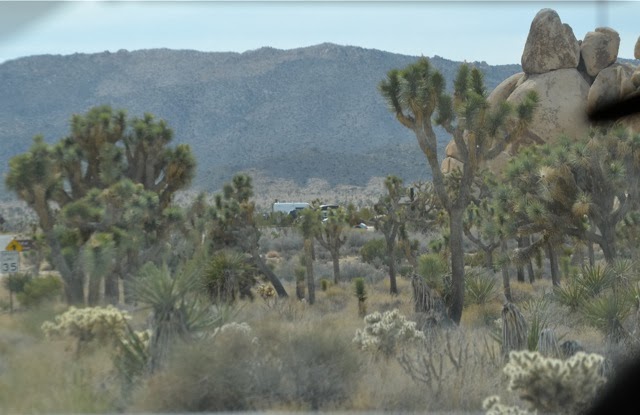 Again a shot through the window, but I had do get the forest like trees on camera and Peter didn't stop here. 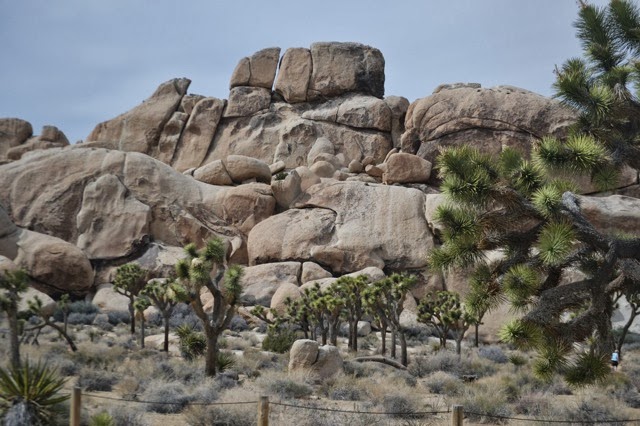 By the time we reached the vista point the sky was greyish and a haze obscured the vista down into the valley.

It was pretty chilly up here and Peter had a hard time keeping his hat on, the wind was blowing hard up here. But the view was breathtaking 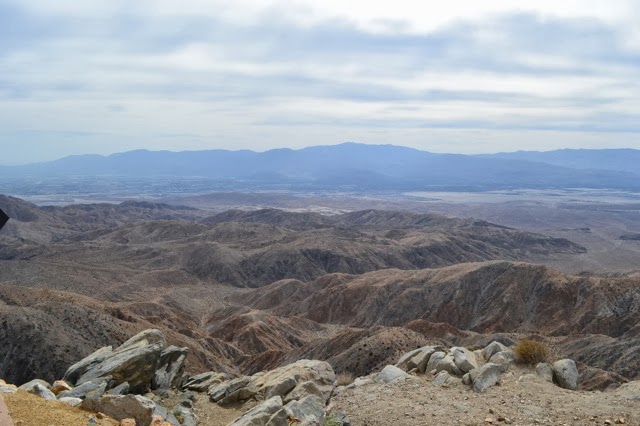 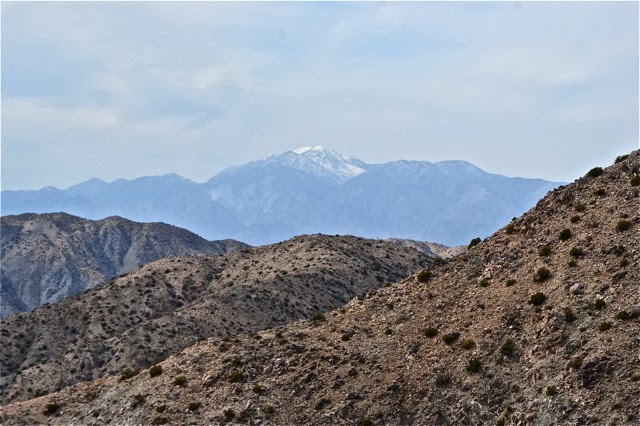 There was even some snow on the highest mountain peak to the west. 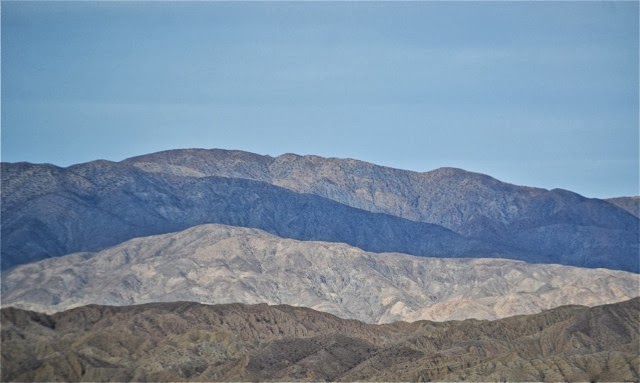 I love the pretty colours of the mountain ranges while the sun was getting lower in the sky,

and when we finally reached our home spot there was
a gorgeous sunset waiting for us. 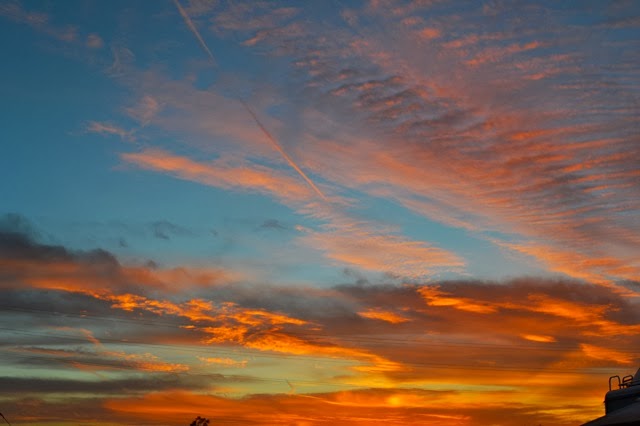